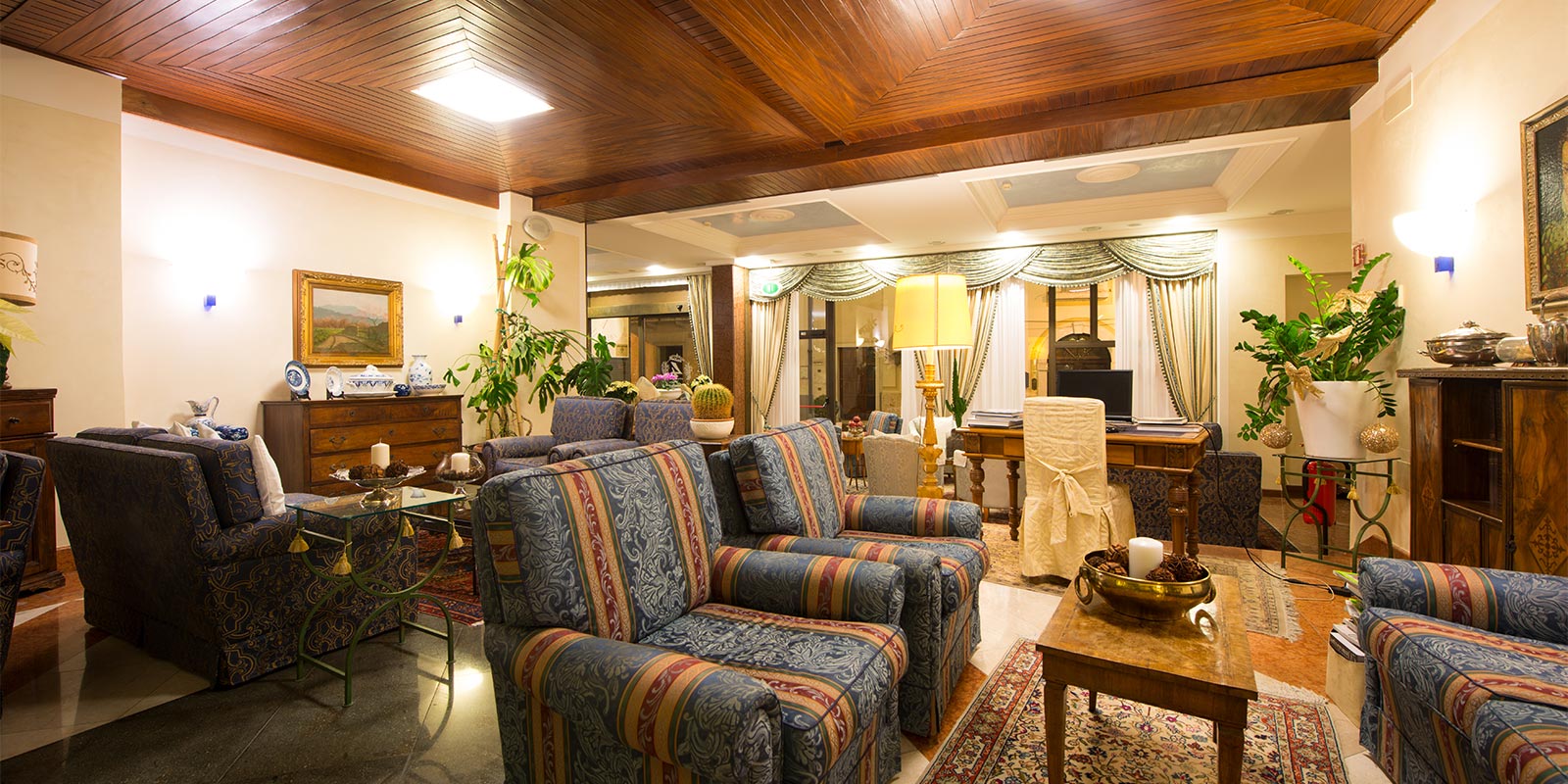 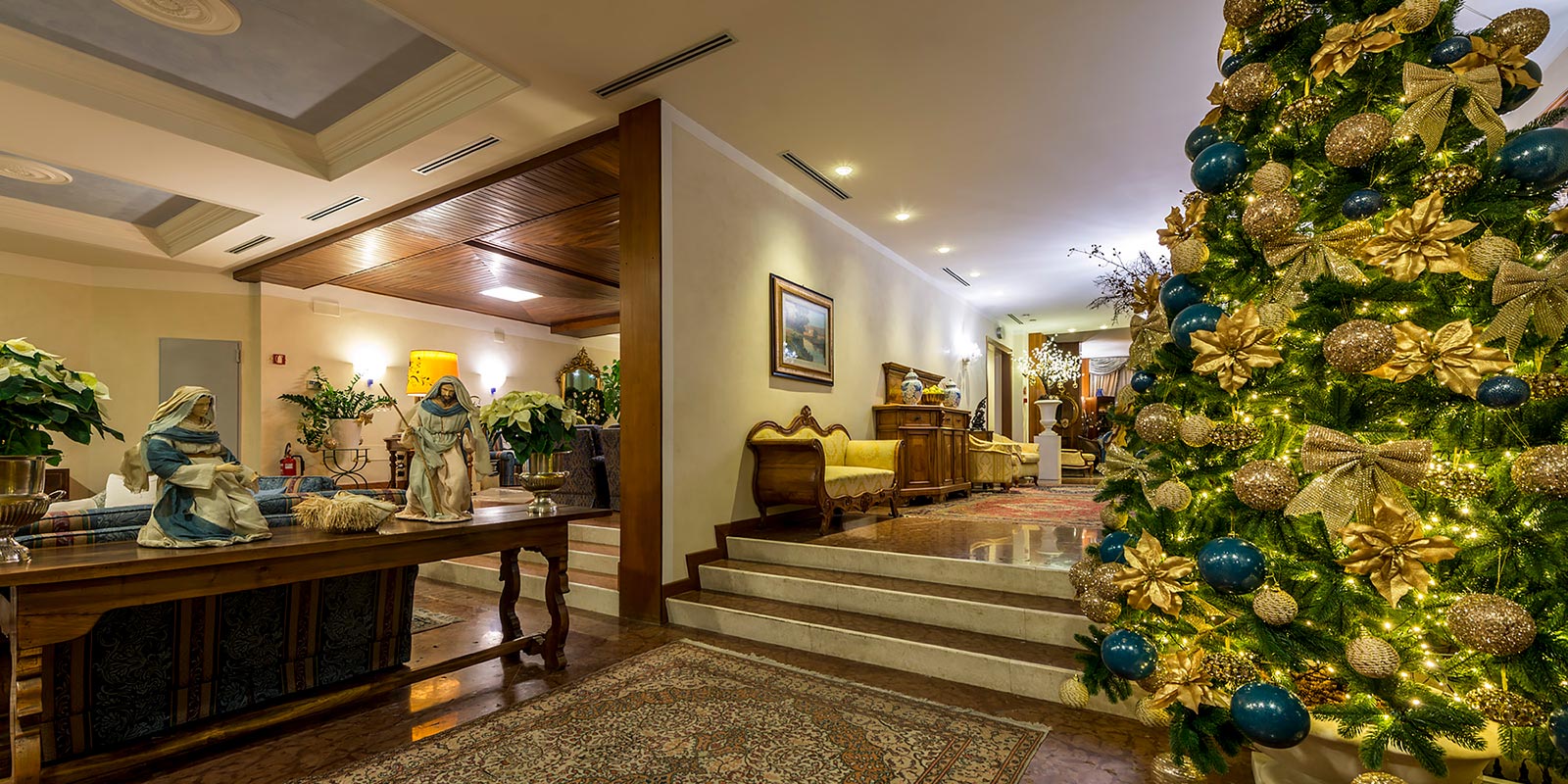 A history of hospitality over a century long

4 STAGIONI HOTEL & SPA: more than a century of history

“In our lobby two young people are looking through one of our family photo albums trying to discover a past life that is still alive all around them, in our hotel and our services"

The history of the 4 STAGIONI HOTEL begins on 27th June 1908 when Emilio Arietti (born in Bardolino) opened a small restaurant (trattoria) in the heart of Bardolino.

The enterprising spirit stayed with Emilio for many years and his next acquisition was a piece of land containing a vineyard and a 3 story building with 12 rooms facing on to 'Borgo Garibaldi' street, which he bought together with his brother Cesare. The deed of sale was signed on the 10th of November 1910 and the two brothers became the owners of the building and the adjacent land, which included a piece of land that since 1914 has housed the schools of Bardolino.

Emilio and Cesare continued to manage their restaurant. The brothers also opened the hotel and continued to cultivate wine in the basement of the hotel using the grapes found in a field in another part of Bardolino (Alzeroni), where Emilio also built a house called the "Ben Pensà". The brothers continued to produce wine until Cesare was conscripted to fight for his country in the First World War, where unfortunately he lost his life.

After the Great War

“Valuing history and tradition, offering hospitality and living in harmony with the passing of time”

The hotel closed for a time during the war but soon re-opened when the war finished. Emilio continued to work in the fields, planting and growing vegetables together with his wife Alessandra, who dedicated herself to the kitchen and the preparation of food. The cuisine of Alessandra was simple and natural based on fresh products grown in the family's field. On the 1st of October 1922 Emilio decided to diversify the family business and thus opened something new, a Grappa Factory.

Many of the early hotel clients came from the city wanting a meal and to enjoy the countryside playing bowls. As the years went on, the business grew requiring extra help to make it run smoothly. Assistance was sought from Emilio's four children, in particular Deborah Arietti and Emilio Arietti. Debora, the oldest child, enthusiastically helped to manage the hotel/restaurant as well as looking after her younger brothers and sisters. Debora's collaboration was excellent, she carried out all her duties with zeal and consistency.

Emilio quickly learned the art of cooking thanks to knowledge passed down from his mother. Emilio continued to work for years as a chef using always fresh products and traditional recipes.

During the Second World War the hotel did not cease operation as providing as base for foreigners. The situation did change a little though as the hotel was hosting many German officials.

On May 25th, 1950, the management of the Hotel/Restaurant was given to 2 of the children; Debora and Emilio. In the 1960's, when the first tourists came to Bardolino, a renovation of the property was carried out, leaving a new and more functional hotel.

The hotel continues to operate in this renovated style of the 1960's and still provides a comfortable base for many visitors to Bardolino.

The business of the Arietti family is highly regarded, especially the restaurant cuisine which for many years was run by family members, who often prepared banquets on special occasions.

In recent years the hotel's structure has become more graceful and elegant. The hotel is open all year round, where guests are able to stay on a bed and breakfast basis.

"THE POSITION, OUR STRENGTH"